Welcome to the edge of Europe

The following is reproduced, with permission, from “The Dingle Peninsula: History, Folklore, Archaeology” by Steve MacDonogh, published in 1993 by Brandon Book Publishers, Dingle, Co. Kerry, Ireland.

DINGLE IS ONE of the most favoured spots in Ireland for the independently minded visitor. The National Geographic Traveler has described it as “the most beautiful place on earth”. Bounded on three sides by the sea, it combines in its landscape the ruggedness of rocky outcrops and cliffs with the soft shapes of hills and mountains, skirted by coastal lowlands. For those who stay only briefly, the scenery is what the Dingle experience is all about: the view of the Blasket Islands from Slea Head; the harbours, mountains, cliffs and strands; the view from the Connor Pass. Indeed, every part of the peninsula offers attractive and often dramatic views.

Roads lead over the mountains and along the coasts between irregular grids of mortarless stone walls surrounding small fields. The main road from Tralee divides at Camp: one route continues along the northern coast to Castlegregory, dividing again when one road turns towards Cloghane and another rises high to the Connor Pass over the mountains to Dingle. The other route from Camp rises to a mountain pass above Gleann na nGealt, the beautiful “valley of the mad”, and descends to Anascaul and thence, after a series of hairpin bends, to Lispole and a long straight road to Dingle. From the direction of Killarney and Castlemaine another road enters the peninsula along a narrow coastal strip beneath the Slieve Mish mountains past the beautiful, long strand at Inch and turns inland through a pass to Anascaul.

The Connor Pass road is undoubtedly the most dramatic route to take, though it is not suitable for heavy vehicles or caravans. As it swings towards the south it rises at the side of a large valley formed by glaciers that came from a semi-circle of coums or corries in the surrounding mountains. From the top of the pass there are breathtaking views in fine weather of lowlands, mountains and sea.

High vantage points provide the best position from which to take in the sweep of the landscape, and most of the main roads on the peninsula cross mountains at passes. The road to Dingle via Anascaul does not rise as high as the Connor Pass, but it is high enough to provide magnificent views of the coast of Tralee and Brandon Bays, of the landscape on the southern side of the mountain range, and of the Iveragh Peninsula across Dingle Bay.

TO THE WEST OF DINGLE the most scenic route winds around the coast via Ventry to Slea Head, from which the view of the Blasket Islands is a sight that stops many visitors in their tracks. From Slea Head the road continues along the coast to Dunquin, thence to Ballyferriter, from which one road crosses by Máam na Goaithe, the windy pass, to Ventry; another goes further north to the máam at Baile na nÁth (Ballynana), the townland of the height. From the pass one road drops down to Milltown and Dingle while another continues north to Kilmalkedar, Ballydavid and Feohanagh, and meets a road which leads along the foot of Mount Brandon to a low pass back to Dingle. From Dingle the Connor Pass road rises steeply and in its higher reaches rocky mountain slopes and cliffs — at one point named Faill na Seamróg, the shamrock cliff — tower above to the left. At the bottom of the descent from Connor Pass to the north the road swings right to Castlegregory and Camp, and turns left to Cloghane and Brandon, finally coming to a halt on the cliffs at Brandon Point.

From here there is a fine view of Brandon and Tralee Bays, the spit of sand out to the Maharees, and the whole northern side of the peninsula, while above and behind stands the imposing mass of Mount Brandon.

These are the main routes through the peninsula, each of them opening up a landscape rich in visual variety and interest. But there are also countless roads off the main routes and countless narrow bohareens, or country lanes, and for visitors who have time to do more than drive once through the peninsula, getting off the beaten track is the best way to explore the area.

THE HILLS, COASTLINE AND COUNTRYSIDE yield their qualities most readily to the walker. There is a depth in the appeal of the landscape which goes beyond the contemplation of beautiful scenery, for the countryside is dotted with the historical remains and artifacts of past centuries. The Dingle Peninsula possesses a quite extraordinary concentration of archaeological sites. These are not massive structures of great splendour, such as Newgrange or Stonehenge; but they are in their modesty more characteristic of the ages from which they survive. In the number that have survived in this small area lies a magnificence and splendour of its own. The archaeological remains testify physically to the rich culture of the past, and the peninsula is also an exceptionally rich repository of folklore and of Irish traditional culture.

Largely isolate din recent centuries from the mainstream of European and Irish economic, social and cultural change, Dingle, in common with other parts of the west of Ireland, long maintained traditional values and customs. Today in the area to the west of Dingle town Irish is very much the first language; many of the ancient customs which were observed for many centuries and had their origins before the advent of Christianity have died out in the last sixty years, but some survive. Some holy wells are still visited for annual devotions, and the day after Christmas Day is celebrated with the festival of “hunting the wren”. Traditional music and dance play an important part in many people’s lives, despite the counter-attractions of multinational pop culture, and the traditional small boats of ancient design, the naomhóga or curraghs, are still built and used.

THE MOST ABIDING IMPRESSION, and one which draws many people back year after year, is perhaps the most difficult to define. It has to do with the pace and rhythm of life, about which there is a subtle pun to the effect that the Irish language lacks a word that conveys the same sense of urgency as the Spanish mañana. It has to do with lifestyle, with a certain sense of ease, calm and relaxation. There is no one word that adequately describes it, but it is expressed in chance encounters. Visitors stop to ask for directions and find themselves drawn into conversations which are long, fascinating and charming. People used to the coldness of New York, Frankfurt or London are surprised to find the person next to them at the counter of a Dingle pub commenting upon the weather and wondering if they are enjoying their visit, where they have come from, how long they are staying, and what they think of the present state of the world. Used to cabaret or other forms of organised entertainment, visitors may find it strange at first to discover that a pub which they have heard is good for Irish music seems to have no set time for performances.

But the visitor who stays long enough soon finds that the informality itself is part of the experience, part of the attraction of the place. Explore this beautiful region by availing of our adventurous walking tours and hiking in Dingle! 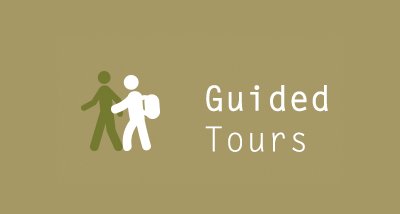 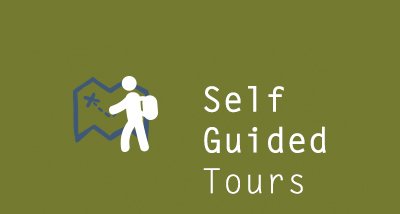 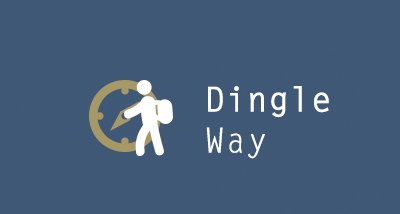 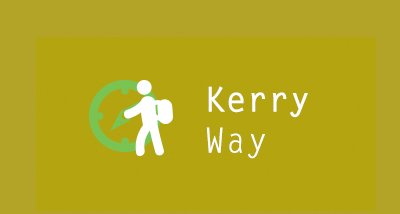 What our Customers Say

5 out of 5 on Tripadvisor | Read Reviews

© 2023 Celtic Nature
| Privacy Policy
| Accessibility Statement
| Link to Celtic Nature
We use cookies on our website to give you the most relevant experience by remembering your preferences and repeat visits. By clicking “Accept All”, you consent to the use of ALL the cookies. However, you may visit "Cookie Settings" to provide a controlled consent.
Cookie SettingsAccept All
Manage consent

This website uses cookies to improve your experience while you navigate through the website. Out of these, the cookies that are categorized as necessary are stored on your browser as they are essential for the working of basic functionalities of the website. We also use third-party cookies that help us analyze and understand how you use this website. These cookies will be stored in your browser only with your consent. You also have the option to opt-out of these cookies. But opting out of some of these cookies may affect your browsing experience.
Necessary Always Enabled
Necessary cookies are absolutely essential for the website to function properly. These cookies ensure basic functionalities and security features of the website, anonymously.
Functional
Functional cookies help to perform certain functionalities like sharing the content of the website on social media platforms, collect feedbacks, and other third-party features.
Performance
Performance cookies are used to understand and analyze the key performance indexes of the website which helps in delivering a better user experience for the visitors.
Analytics
Analytical cookies are used to understand how visitors interact with the website. These cookies help provide information on metrics the number of visitors, bounce rate, traffic source, etc.
Advertisement
Advertisement cookies are used to provide visitors with relevant ads and marketing campaigns. These cookies track visitors across websites and collect information to provide customized ads.
Others
Other uncategorized cookies are those that are being analyzed and have not been classified into a category as yet.
SAVE & ACCEPT